December 19, 2017
It's just over 12 months since we made our first forays into the Office 365 space and I'm convinced that we made the right call at the right time.  Any earlier and it would have been wrong because SharePoint hadn't gained traction and OWA was undeveloped. Any later and we'd have lost our unique position.as innovators in this space.

It hasn't all been smooth sailing and many of our legacy systems are still on IBM Domino. The approach to migration was rushed and flawed but I'm looking forward to 2018 when the dust settles and we can begin to move forward in a more orderly manner.

All things considered though, I'm proud to have been part of the technological achievements of the year which included a complete revamp of the hardware and software in the office; including the replacement of all desktops with Microsoft Surfaces and Apple MacBooks, the replacement of our meeting room systems with Microsoft's Surface Hub technology, an office move, a rebranding, web site replacement, some major business milestones, server data centre migrations, change of file storage system and a move from Domino to SharePoint development.

There's a lot of insight that has come out of these changes which I'd like to share but that's next year. Right now, I want to focus on my perception the global office technology trends.

It's been an incredible year for both IBM and Microsoft. On the one hand, I was sad to be leaving the IBM Domino world after more than two decades.  I still use Notes on an almost daily basis - and that's not expected to end for a while yet - but over the past few months I've spent about 80% of my time on SharePoint and only 20% on Notes/Domino. 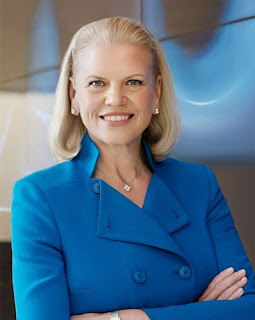 At the beginning of the year, it was clear that IBM Connections outranked Microsoft SharePoint as a collaboration platform in nearly every way. I'd noticed movement on the SharePoint front though and I knew that IBM's unchallenged time in that space was almost over.  IBM Connections still offers a lot of great features that I hope SharePoint will eventually acquire but the work that has been put into SharePoint over the last six months has put it firmly in the lead in the collaboration space.

IBM is prospering under Ginny Rometty's leadership which has improved drastically in the last twelve months but the welcome decision to extend the life of Domino indefinitely came far too late and well after the mixed-messages of "end of life".

This isn't the first time that IBM has mishandled communications in the Domino space and their marketing team really need to work on their messages.

It's great to know that Domino will still be around and that it's made the transition to cloud services but IBM's future clearly lies within the services layer - and in particular, around Watson's AI services.


Office 365 and the Web-Centric World

Microsoft Office 365 came of age this year and the company finally realised their dream of having a viable subscription-based service.  This guarantees funding for future versions of office while still engaging a service "lock-in", thanks to the file storage capabilities of SharePoint and OneDrive. At this point, Microsoft seems to be "out-googling" Google in the web services space.

A lot of this comes down to leadership. Had Steve Ballmer continued as CEO at Microsoft, the company would have remained "windows-centric" and posed much less of a threat. The vision of  Satya Nadella however is completely different and embraces the diversity of Operating Systems.

For me, this was most apparent when I was teaching SharePoint in a room full of people and the Mac users suddenly realised that the browser based systems levelled everything. The underlying system stops mattering when the OS is the browser.  This is something that Google demonstrated back in 2011 when they launched the first ChromeBooks. 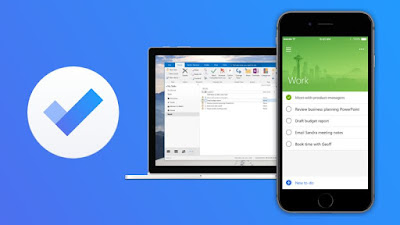 I'm excited for the future of Office 365 and the continuing addition and upgrading of tools, such as the Wunderlist ported To-Do app, Microsoft Forms, SharePoint pages and the continually evolving "PowerApps".

In the hardware space, the Windows SurfaceBooks have been fairly impressive although they've clearly had their share of quirks. In particular, Microsoft's port replicators misbehaves incredibly. The Surface Hubs are brilliant with their main fault being a complete lack of Apple support. We ended up having to attach an Apple TV to them because although other options exist, they were too complicated for our users.

Samsung's S8 mobiles were a highlight this year and they more or less single-handedly restored faith in the Samsung brand. The Google mobiles sounded great but with the early signs  of stumbling in the Pixel 2, they obviously need a little work.

The Decline of Apple

Much like IBM, the decline of Apple is often predicted but never actually happens. What happens instead is that they go through periods of innovation and exnovation. In case you're unfamiliar with the term;

"In commerce and management, exnovation, an opposite of innovation, can occur when products and processes that have been tested and confirmed to be best-in-class are standardized to ensure that they are not innovated further." -Wikipedia

This is exactly what IBM tried to do with Notes last year and it's what Apple has been doing with their products of late. The last couple of iPhones haven't been very revolutionary and the less said about the MacBooks, the better.


All in all, it's been an interesting year for office technology and I've learned a lot.  Hopefully next year will be a little less frantic and I'll be better positioned to explain how to make the best use of some of this technology. Stay Tuned and have a great end of year.